According to new research conducted by Ryerson University, between 30 and 40 percent of couples don’t sleep in the same bed at night.

The study further found that couples were being woken up by each other.

“People will say they sleep better [together], but when we actually monitor their brains we see that their brain is not getting into deeper stages of sleep because they’re continuously being woken up by movement or sound,” Coleen Carney told CBC, the director of the laboratory.

An increasing amount of couples are now opting to sleep in separate beds and rooms, often due to one partner tossing and turning, differing temperature needs, or bumping into one another.

While some couples are resorting to the immediate fix of changing rooms, there’s a simple solution that is often missed.

If people aren’t comfortable with their mattress, it can cause them to disturb their partner during the night.

So, before you go sending someone into the spare bedroom see if you can find a mattress that will be perfect for the both of you.

What do you want?

Such a simple question, yet so hard to answer.

There are some people who love a spongey, soft mattress, whereas others enjoy the support of something firmer.

Over the past decade, mattresses have become more advanced, and we can now compromise! It’s not longer one size fits all.

Our Executive Mattresses are equipped with an exclusively designed Memory Foam that is comfortable and also moulds itself to the shape of your body. However, if that plush layer isn’t for you likely then it can also be removed for optimal comfort.

Our Gold Mattresses also offer varying levels of firmness in one mattress, again to cater for couples who have different desires. The same is true for our Bronze Mattress that has two alternate comfort levels.

If you’re not sure what best suits you, then don’t worry, you can do plenty of testing in-store at our mattress store in Adelaide.

Are you snugglers or need distance?

An influential factor in a partner’s disturbance during the night is how they sleep next to their partner.

Some couples enjoy being close to one another as they sleep, so it is recommended to select either a double or queen size bed. Be careful it’s not just about the width because the length of the bed is also important. Double beds can often not accommodate tall people, which still means they aren’t enjoying a quality sleep. 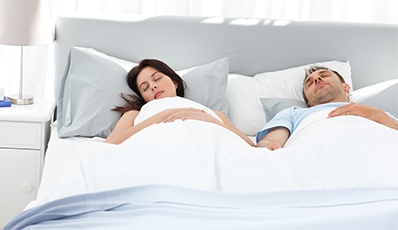 For more space from your partner, but still enough you can touch, then a queen or king sized mattress would be your options. In good news, queen and king beds are the most popular, so it is easy to find sheets.

Lastly, if you’re the type who still wants to starfish even though there’s another person in bed, then a super king is your best bet. You’ll be promised they won’t be accidentally kicking you in the night or their turning over to wake you up.

How much are you willing to spend?

Before you go bouncing on mattresses in-store, it would be ideal to discuss how much you are willing to pay first.

Stick to the price range that you set but don’t settle for an uncomfortable mattress that won’t ultimately be worth the money. If you can wait a few more months, save, and then buy the mattress that will benefit you for many years to come, then that is advisable.

Alternatively, at Galligans Mattress in Adelaide, we have varying levels of mattresses to accommodate price ranges. From Opal to Executive levels, they are all comfortable but come with a handful of add-ons that increases the price.

You can also look at our specials, which are ideal for people seeking the most affordable option. At the moment, we have cut prices on our Diamond Mattresses, also including the Diamond Ensemble Base. The base is specifically designed to minimise the disturbance your partner can cause you in the night, but also give you maximum support, comfort and mattress durability. 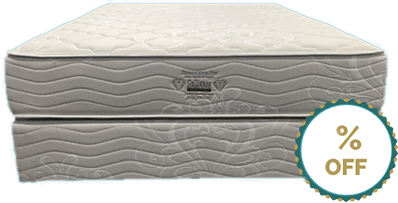 When shopping with Galligans Mattress, we are dedicated to providing a mattress that will not just suit one set of needs, but two.

We have a diversity of mattresses that can be customised to accommodate for two people with completely different sleeping habits.

All you have to do is ask – so come in-store, call us, or drop us a line now!