Benjamin Franklin, one of the “Founding Fathers” of the United States, is one of the few successful people who speak so glowingly of getting a good night’s rest.

“Early to bed, early to rise, makes a man healthy, wealthy and wise,” Franklin would tell his fellow peers.

Although Franklin wasn’t backed up by a plethora of research at that time, it seems time has proven him right.

It’s now common knowledge that adults should be sleeping for at least seven or eight hours a day, which promotes optimal health.

The Center for Disease Control and Prevention identified that sleeping less than recommended increases your risk to a handful of conditions, including diabetes, obesity, and heart disease. The list can go on and on. Also, it has been recognised that people who are in bed for long enough will be more productive throughout their working day.

Essentially, the research tells us the longer you sleep, the healthier you are. Easy, right?

Unfortunately, it’s not always that easy to nod off at night, and it seems that many successful people don’t seem to follow Franklin’s words of wisdom.

In fact, Leonardo da Vinci thought a full eight hours was a waste of time and so did Nikola Telsa.

Infographics released by Home Arena reveal the strange and astonishing sleeping of hours of some of the most successful people who have walked on our planet.

It may be easy to say that getting sleep for successful people is hard with the stresses of work and life preventing a full night’s sleep.

But, that’s a very easy excuse if you have some bad sleep habits.

It’s no secret that making an investment in a good quality mattress is critical to having the best night’s sleep (every night).

Without having support in the right places, it only makes it harder to switch off and relax. At Galligans, we’re experts in finding the perfect mattress for you that will encourage you to have a more quality and longer sleep. 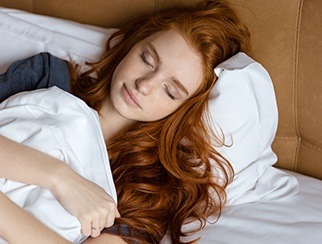 Please contact us anytime to learn more about the mattresses and other bedding that can ensure you sleep well.